Protect yourself and your loved ones this season from animal and insect bites.

All animal bites and exposures to bats should be reported to Washtenaw County Health Department. Call us at 734-544-6700.

Washtenaw County is now confirmed as an area where Lyme disease can be transmitted. Lyme disease is spread by the bite of an infected blacklegged tick (Ixodes scapularis).

EEE is a rare disease that is caused by a virus spread by infected mosquitoes. EEE virus is one of a group of mosquito-transmitted viruses that can cause inflammation of the brain (encephalitis). In the United States, approximately 5-10 EEE cases are reported annually. Multiple human and animal cases were reported in in Michigan in 2019. As of Sept 3, 2020, cases have been reported in horses (13), which is an indication the virus is circulating again this year.

Prevent mosquito bites whenever possible. See FAQs from the Centers for Disease Control and Prevention and the Michigan Department of Health and Human Services' page.

West Nile virus (WNV) is a mosquito-borne virus that can cause mild illness (West Nile fever) or severe symptoms (encephalitis or meningitis - inflammation of the brain) in humans and other animals. People primarily get West Nile from the bite of an infected mosquito.

The first 2020 human case of WNV in Michigan was reported Sept 3 in a Wayne County resident. If there are local cases, they are usually related to outdoor activities over Labor Day weekend. Take steps to prevent mosquito bites when enjoying the outdoors.

If you are traveling to an area with active Zika virus transmission, take steps to avoid mosquito bites. 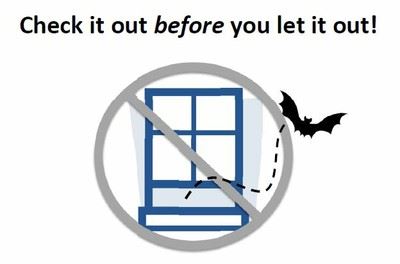 Submit a picture to [email protected] for identification.