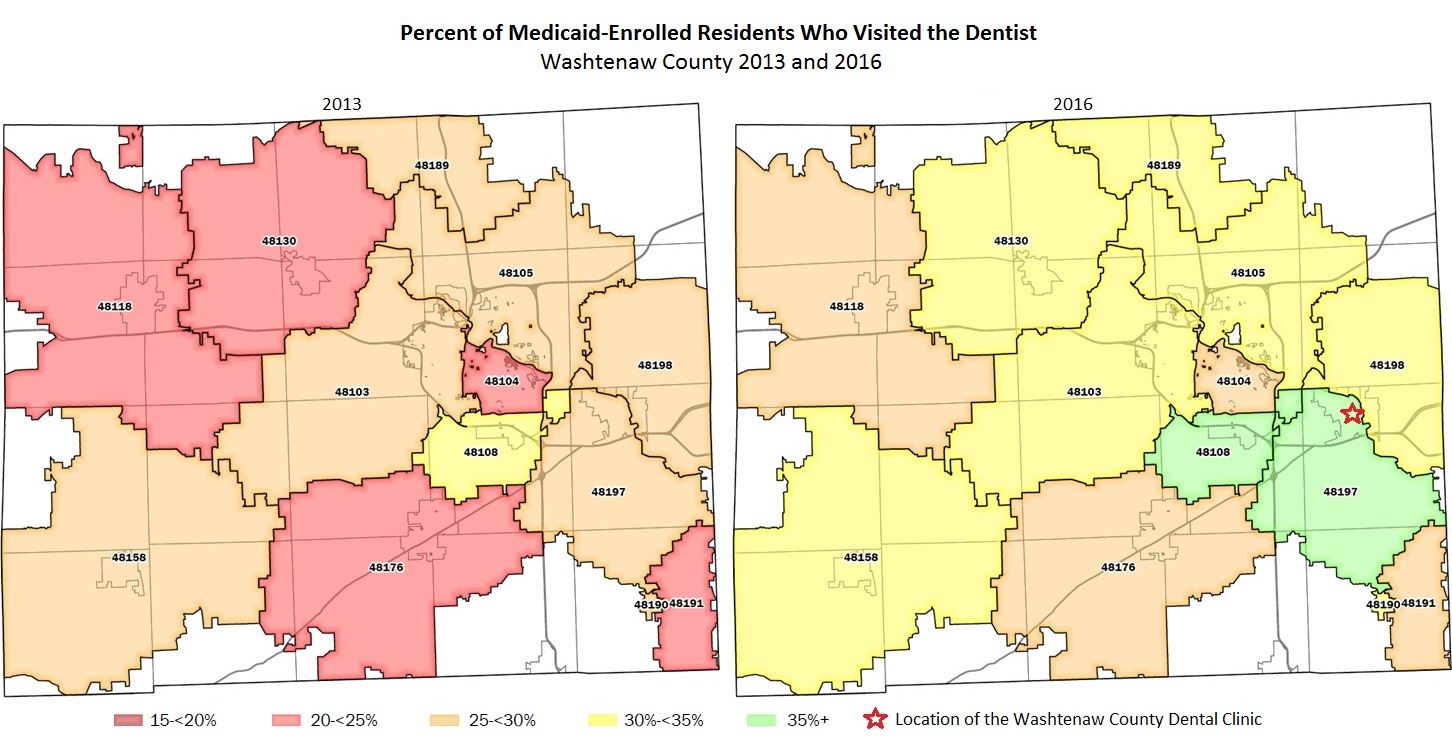 Why does this matter?

Poor oral health is associated with additional health risks. Both children and adults who are living in poverty are less likely to visit the dentist, due in part to low Medicaid reimbursement for dentists.

Several programs were implemented between 2013 and 2016 to increase visits for low-income individuals, including Healthy Kids Dental insurance expansion (HKD) and the installation of a community dental clinic in Washtenaw County.

The Dental Visits for Low-Income Individuals data report explores how the percent of residents enrolled in Medicaid who were able to visit the dentist has changed since 2013.