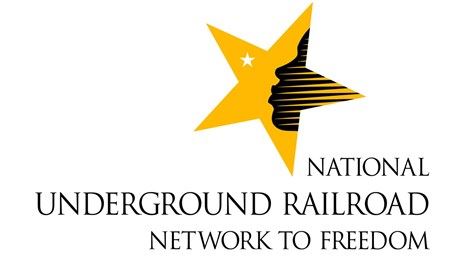 atkins Lake State Park and County Preserve was awarded membership to the Network to Freedom program through the National Park Service (NPS).  It is the first WCPARC facility included in the program, whose mission is to “honor, preserve and promote the history of resistance to enslavement through escape and flight, which continues to inspire people worldwide.”

The Washtenaw County Parks and Recreation Commission (WCPARC) is honored to protect the former farmland where self-emancipated John Felix White was nearly captured in a kidnapping attempt. Through the heroic efforts of former landowner, Royal Watkins, among others, White was able to continue his life of freedom.  John Felix White died in 1905 and is buried in Fairview Cemetery in Ann Arbor.

Recognition by NPS would not have been possible without community member dedication, most importantly historian Carol E. Mull, who submitted the program application on behalf of WCPARC and the State of Michigan.

Click here to learn more about Watkins Lake State Park & County Preserve, including recreation opportunities and to the facility.

The Near-Capture of John Felix White on Watkins Farm

(By Carol E. Mull, excerpts from the Network To Freedom program application)

The Watkins Farm, located in Brooklyn, Michigan, was the property of early settler Royal Watkins (1788-1876), who was involved in the Underground Railroad.

In 1847, Kentucky slave trader/owner George Brasher [aka Brazier] led a posse of men to the Watkins farm to capture self-freed John White, formerly known as Felix White. Famous Underground Railroad operative, Laura Smith Haviland, documented in her autobiography the brazen planning and execution of a kidnapping mission on free soil. Brasher sent his lawyer to locate White, then assembled a posse of seven men who surrounded a field on Watkins Farm. The Kentuckians were told they’d find White there at work. Instead, the kidnappers were stunned to find that Royal Watkins had tricked them. Watkins had managed John White’s escape and said, “I suppose he is in Canada, as I took him, with his trunk, to the depot, yesterday, for that country." Watkins, fervently opposed to slavery, employed African and Native Americans during the antebellum period and family descendants believe the barn was used a safe hiding place.

The property is now preserved as the Watkins Lake State Park & County Preserve of 1,122 acres. The tranquility of the fallow fields belies the day a man was nearly captured at gunpoint to be taken to a slave state to be sold. While the 1864 house is not included as part of this site, the fields remained as farmland for over a century and are now open to the public.

The Watkins Farm, located in Brooklyn, Michigan, was the property of early settler Royal Watkins (1788-1876), who was involved in the Underground Railroad. The farm, straddling Jackson and Washtenaw counties, encompassed over 1,000 acres of cultivated pastures, and grazing land for cattle and sheep. From the time the farm was established in 1834 by Royal Watkins and his wife Sally, men were hired without regard to race as laborers. One of whom was John White, formerly known as Felix White, a freedom seeker from Kentucky and the target of an unsuccessful kidnapping attempt.

The plot to capture John Felix White began in the fall of 1847. A stranger appeared at Laura Smith Haviland’s door and introduced himself as a teacher from Ohio, agent of the National Era newspaper, and associate of the Underground Railroad. Haviland was not easily deceived, as she was a key figure in transnational networks of escape between the Great Lakes states and the Canadian provinces. She provided education, leaseholds and assistance to self-emancipated men and women, and was known to risk her life rescuing enslaved people in the South.1

Haviland soon concluded the interloper from Kentucky was in pursuit of John White, her former student. John White had been free for several years. In 1846 and early 1847, he attended the Haviland Institute, and then was hired on at the Watkins place. The Haviland Institute (later known as the Raisin Institute) was located just north of Adrian in Raisin Center, Lenawee County. Directly north were the towns of Tecumseh and Clinton. Within 20 miles, one crossed the county line where the Watkins Farm straddled the counties of Washtenaw and Jackson. It was later revealed that Haviland’s visitor was J. L. Smith, a lawyer hired by slave-trader George Washington Brasher of Benton County, Kentucky [Haviland spelled his name Brazier in her account]. John White had escaped from Brasher in 1844 after learning he would be sold south.2 Over the intervening years, White traveled between Indiana, Michigan, and the Canadian Provinces. White stayed with Levi Coffin in Newport, Indiana, and in Michigan at the Haviland Institute near Adrian and the Watkins Farm, near Brooklyn, west of the town of Manchester.

Levi Coffin dedicates a section of his Reminiscences to John White’s story.3 When White crossed the Ohio River to freedom in Indiana in 1844, he stayed with free African Americans, who sent him to Levi Coffin’s house in Newport, Indiana, where he remained several weeks. Coffin directed White to the Laura Haviland in Michigan. White then made his way to Canada. However, White could not bear to remain in Canada out of concern for his family and returned to Haviland’s farm. He attended the Institute during the winter and spring months (1844-5) and later traveled back to Coffin’s place in Indiana where he sought help to rescue his wife and children. White spent several months on the Ohio River trying unsuccessfully to liberate his family. White returned to Michigan, again attending the institute, and by 1847 was working at Royal Watkins’ farm.

With the Kentuckian lingering on her property, Haviland decided to send a student on horseback to warn White.4 Within an hour, a report came back that the Kentucky lawyer heard White could be found at the Watkins’ farm.

The following day, Brasher met in a saloon with Smith, two witnesses, and another Kentucky slaveholder searching for a self-freed woman and five children.5 According to a Manchester local historian, when the men in the saloon were overheard speaking about capturing John White, abolitionists in the town jumped into action. After Brasher offered $75 for information, “Nelson Ockrow was sent to warn the fugitive and his protector. He rode a horse belonging to Mr. Bretherton, the miller, and to give Ockrow time enough to ride the six miles someone drove with the Southerner through Sharon, on the way to the Watkin’s farm [sic].”6

The Ockrow and Watkins families were closely connected. Royal Watkins invited Henry Ockrow, an African American who was working on Erie Canal construction, to accompany his family from New York to the Michigan Territory in 1834. Henry’s son William lived and worked on Watkins farm for several decades. Nelson was also the son of Henry. Annetta English, a historian related to the Watkins family, published her version of the attempted kidnapping. She wrote that the Southerner was at Mr. Beneway’s hotel when he made threats regarding John White. When Brasher ordered a carriage, C. H. Brotherson [sic], sent Nelson Ockrow on a swift horse to warn White. Ockrow rode his horse directly to Watkins’ farm, while the carriage meandered by a longer route through the town of Sharon.7

The next morning, with two men hired from the saloon, Brasher led a posse of seven to capture John White on Royal Watkins’ farm. Laura Haviland described the event in detail in her autobiography. The armed abductors equally spaced themselves around a field where a lone man toiled. Steadily advancing from all sides, they closed in, only to discover instead a ‘poor white man.’ Brasher was outraged. He confronted Royal Watkins to learn where he might find John White. Watkins said, “I suppose he is in Canada, as I took him, with his trunk, to the depot, yesterday, for that country.”8 Brasher swore Laura Haviland was responsible for the entire ruse, but Watkins replied:

Hold on, sir, you are laboring under a mistake. We have none of us seen her; and I want you to understand that there are others, myself included, who are ready to do as much to save a self-freed slave from being taken back to Southern bondage as Mrs. Haviland. Mr. White is highly esteemed wherever he is known; and we would not see him go back from whence he came without making great effort to prevent it.9

In her account, Haviland mentioned that following the failed capture, the men reconnoitered at Snell’s Hotel, four miles distant in Tecumseh, where the men displayed pistols, dirks and bowie-knives.10 Though the Kentuckians made threats against Haviland, they took the train the next day for Toledo, Ohio. Incredibly, by coincidence, a week later Haviland traveled to Toledo on business and found the men were staying at the same hotel still searching for the self-freed woman and her five children.11

Haviland learned that Brasher had ordered a federal warrant for her arrest, if he failed to recovery his lost “property,” but nothing would deter her from aiding John White in another attempt to recover his wife and children left behind in Kentucky.12 After conferring with Levi Coffin and the vigilant committee, Haviland crossed into Kentucky and found friends who brought her to the farm where Jane White was enslaved. Haviland might have brought them to freedom, but Jane refused to leave two of her children behind.

A later rescue by John White nearly got his family free, but once again, the escapees were caught. Notorious slaver catcher Wright Ray of Madison, Indiana, arrested John White on his way back to Michigan.13 From the jail, John White, under the false name of James Armstrong, wrote to the Watkins family to get help from Laura Haviland. According to Haviland, “He wrote to a son-in-law of Mr. Watkins, so as not to mention a name of persons the men had to do with in Michigan, and the letter was brought to us. We all understood the writer to be our friend John White.”14

Haviland and Levi Coffin accumulated the money to purchase White from the slave catcher Ray. Afterwards, Frederick Douglass posted a notice in his newspaper soliciting donations to reimburse Haviland.15 According to Levi Coffin, “John returned to Michigan, almost broken-heated. All his endeavors to gain the freedom of his wife and children had been in vain, and he never saw them again.”16 After these travails, John White moved to Canada, re-married and started a family.17 However, by 1860, he again was living back in Michigan, where he would remain until his death.

Royal Watkins would remain on the farm until his death in 1876. This is the only specific Underground Railroad incident in which he is documented to have been involved.