Pumping and Treatment of Groundwater

Contaminated groundwater is currently pulled from the ground via extraction wells.  The contaminated water is then transported to the Gelman site for treatment using the advanced oxidation process of 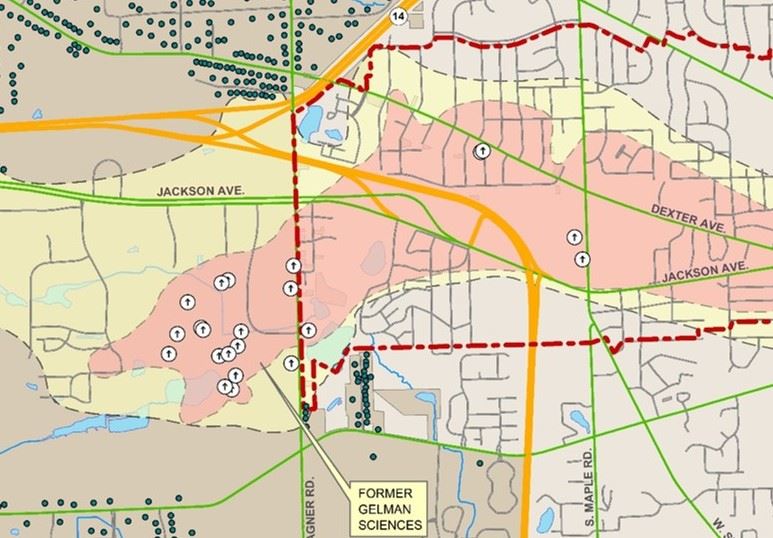 There are currently 14 active (out of 22 total) extraction wells pumping a minimum of 300 gallons per minute (gpm). From October 2019 to September 2020, an average of 471 gpm of contaminated groundwater was pumped and treated.

The treated water, which still contains low levels of 1,4-dioxane, is then discharged to an unnamed tributary of Honey Creek.  Gelman must meet both monthly and daily discharge limits for both 1,4-dioxane and bromate per their National Pollutant Discharge Elimination System (NPDES) permit.

The Consent Judgment is a legal agreement between the Michigan Department of Environment, Great Lakes and Energy (EGLE), formerly DEQ, and Gelman Sciences that dictates the monitoring and treatment of the contamination.  The Consent Judgment was first enacted in 1992.

In 2016, in response to the decreased cleanup criterion, Washtenaw County, the City of Ann Arbor, Scio Township and the Huron River Watershed Council petitioned to join the court case between the State of Michigan and Gelman. These "intervenors" were approved to join the case in 2017 and parties have been working since to negotiate a 4th Amendment to the Consent Judgment.

The proposed Fourth Amendment and Restatement of the Consent Judgment, and related documents, can be accessed via the document repository webpage. The Fourth Amendment proposes additional mapping and plume delineation, new monitoring and extraction wells, additional treatment at the source and expansion of the Prohibition. 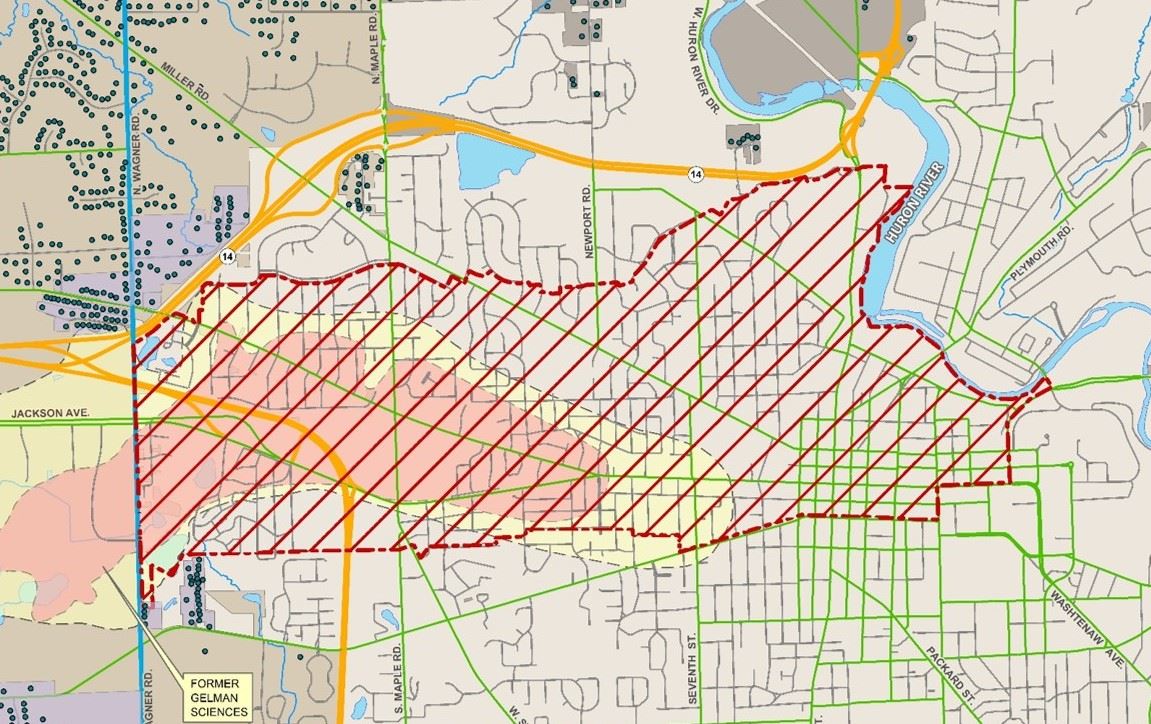 ontrol to prevent exposures to 1,4-dioxane.

Within the Prohibition Zone, the installation of a water supply wells for drinking, irrigation, commercial or industrial use is prohibited.

The 3rd Amendment to the Consent Judgment detailed remediation objectives for three different plume areas: the Eastern Area, Western Area and Little Lake Area. Despite the State of Michigan decreasing the residential criterion for 1,4-dioxane in 2016, the remedial objectives follow the most recent Consent Judgment amendment which defines the plume at 85 ppb.