There is an area on the old west side of Ann Arbor, on the eastern edge of the plume, where groundwater becomes shallow (less than 20 feet from the ground surface).  While 1,4-dioxane prefers to remain in groundwater and not enter the air as a vapor (known as vapor intrusion), there is concern that shallow groundwater containing 1,4-dioxane could enter basements and be present in water vapor that evaporates into the air. To get a better idea of impacts to residents in this area, the following activities have been done or are ongoing.

In 2016 Gelman Sciences, Inc., with oversight from the Michigan Department of Environment, Great Lakes and Energy (EGLE), conducted a shallow groundwater investigation.  The investigation targeted areas where the top of the groundwater table was believed to be within 20 feet of the ground surface to evaluate the presence of 1,4-dioxane and to better define the extent of shallow groundwater in residential areas downgradient of the plume. Temporary shallow monitoring wells were installed at 16 locations in the old west side of Ann Arbor.  Two wells, located in Waterworks Park, had low detections of 1,4-dioxane approximately 3.5-5.5 feet below the ground surface.  1,4-dioxane was not detected in the wells in or near West Park.  The full investigation report, including location maps, can be viewed at the link below. 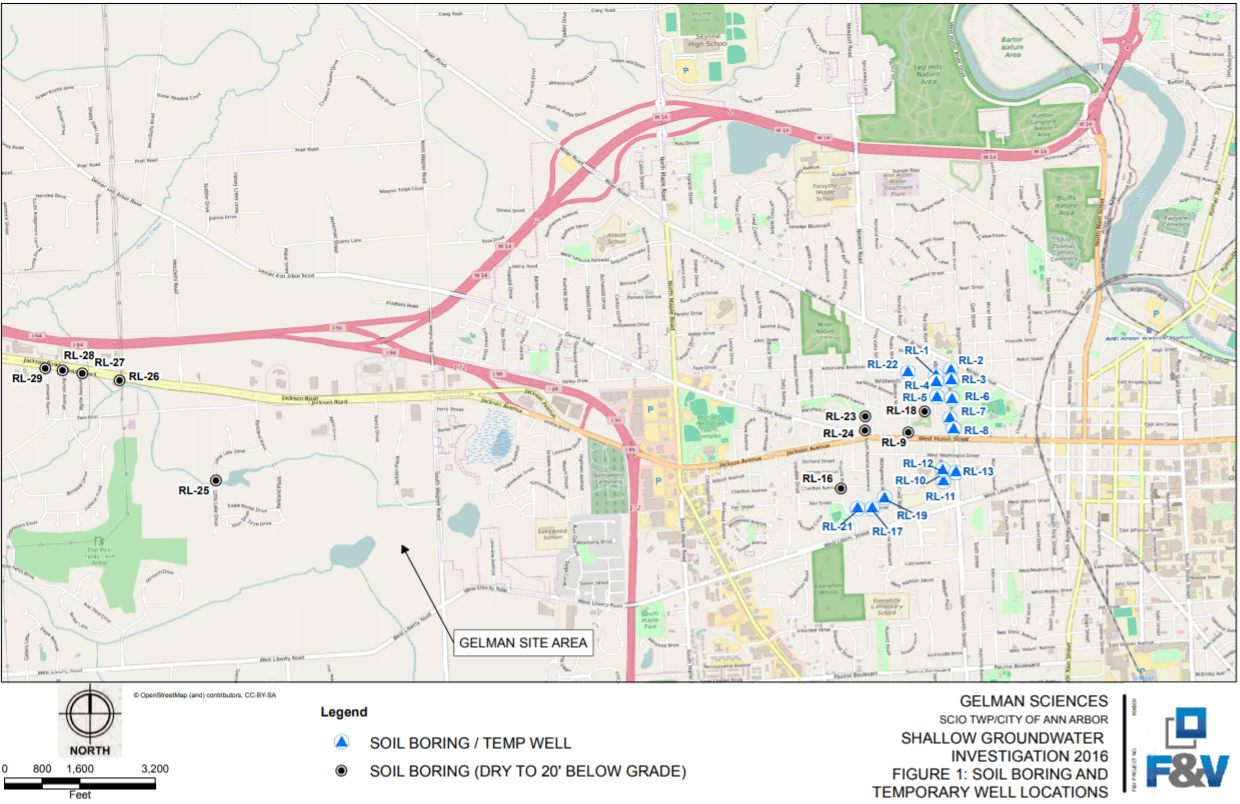 In 2020, the City of Ann Arbor began a project to sample flooded basements for 1,4-dioxane in the areas with shallow groundwater, including the area near Waterworks Park.  Candidates for the program were contacted by the City.  Of the samples collected thus far there has been no 1,4-dioxane detected. To learn more about the program, please follow the link below to the City's webpage. 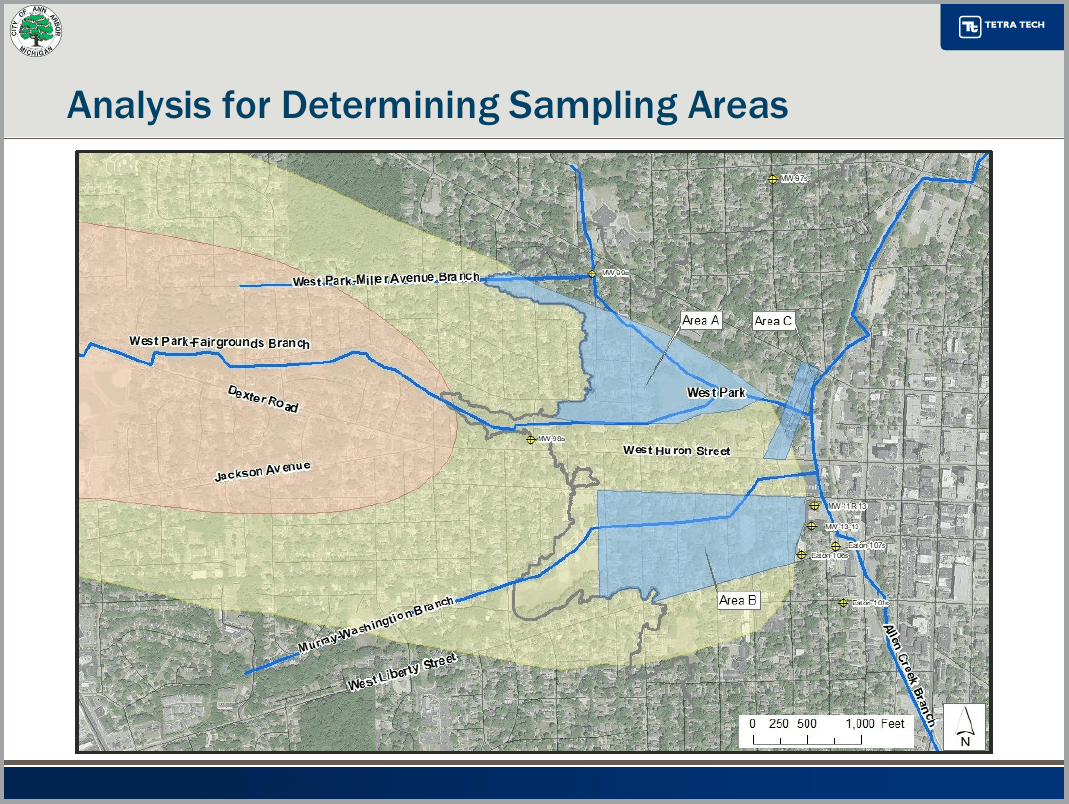 While not groundwater, the water flowing through the Allen Creek Stormwater Drain system has been tested for 1,4-dioxane since 2017. The branches of the drain, which convey storm water runoff, are enclosed and buried underground near the plume. 1,4-dioxane has been detected in 5 of the 10 locations sampled, with the levels increasing significantly in a couple of the locations.  EGLE's Water Resources and Remediation and Redevelopment divisions are working with Gelman Sciences and the Washtenaw County Water Resources Commissioner to determine how 1,4-dioxane might be getting into the drain. For more information on Allen Creek Drain Sampling, please contact Dan Hamel with EGLE at (517) 745-6595.