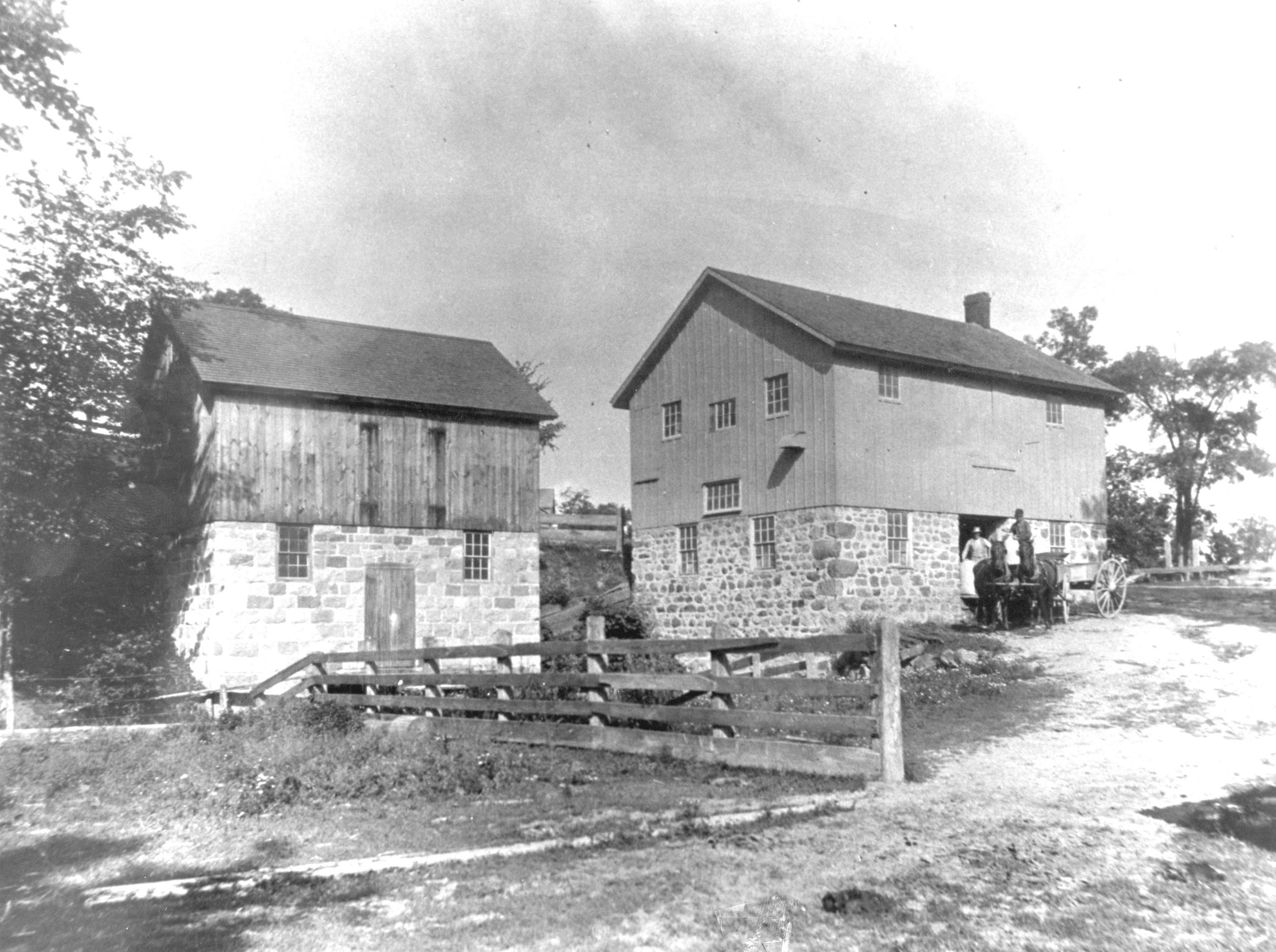 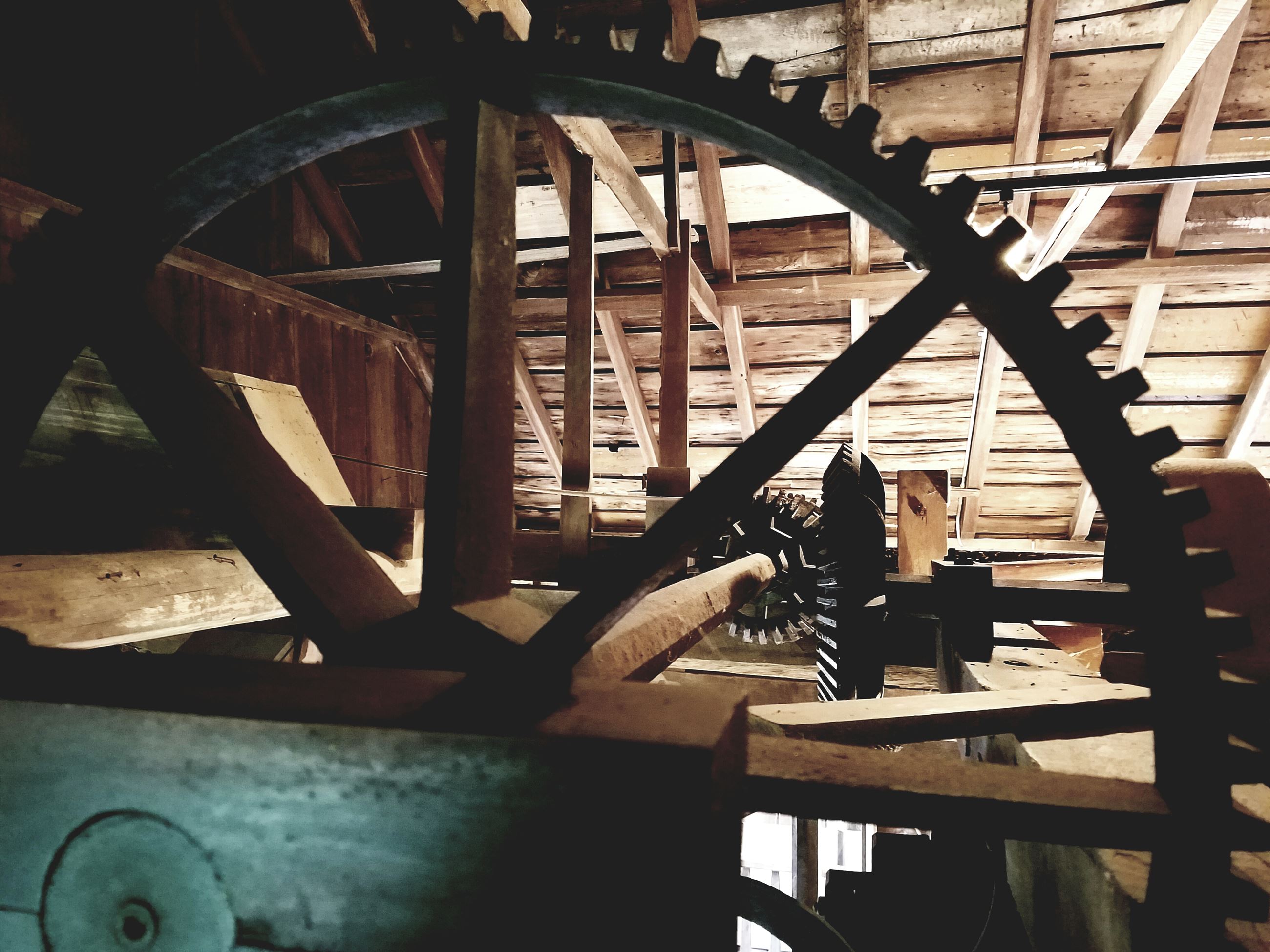 Importance of the Huron River

The Huron River, traversing four counties and draining some 908 square miles of watershed, is of great recreational and historical significance to not only Washtenaw County but all of southeastern Michigan.

In the "early days" the river was also economically important. With a steep gradient of 200 feet from Portage Lake to Rawsonville, it was the necessary power source for settlement as well as daily living.

Originally, many mills dotted the Huron, the remains of earlier ones now resting ingloriously as piles of rocks, while the survivors are being restored.

Surviving as one of the oldest sites in the county, Parker Mill is the pride of the Washtenaw County Parks and Recreation Commission.

Situated on Fleming Creek just above the confluence with the Huron River, it is the last of at least five former mill sites along the creek.

The park is named for the Parker family who built the grist mill in 1873 (see the mill's cornerstone, N E corner) over the foundation of Fleming's 1824 sawmill, which had "long since gone to ruin."

Prior to the Civil War and the Parkers' arrival, Washtenaw County was a lumbering capital as well as the nation's breadbasket. Farming and mills went hand-in-hand. By the time William Parker arrived in the 1860s, lumbering had moved northward and the center of wheat production had moved westward. Nonetheless, opportunities still abounded for combining agriculture with milling and related operations.

In the beginning, the Parkers ground feed, primarily for their own use (with a corn cracker adapted from a nearby defunct plaster mill!) as well as for neighbors. Flours used by the family and neighbors were also ground. As most farms also had an orchard, and the Parkers were no exception, there was also a need to have a cider mill. Thus, in 1887 the Parkers built a second building, the cider mill. They pressed their own cider until the apple tree blight of the early 1900s signaled the decline of apple growing. The cider mill was not used again after 1914 (thus perhaps accounting for the fact that some equipment is missing from this building).

Shortly before the apple blight, the Parkers' operation became partly commercial to meet the changing needs of the local economy. Markets in Ann Arbor were buying flour and vinegar on a wholesale basis. After son George took over operations in 1910, the mill turned out buckwheat, whole wheat and pancake mix for local chain stores. Bags used for these flours are on display in the mill today.

By the 1920s, most everyone in the area had a car, so it was not surprising that Geddes Road was widened and paved in 1924 to 1925. This change affected accessibility to the mill, so the Parkers jacked up the buildings and raised the foundation accordingly! In the process, remnants of the early sawmill were uncovered.

In the course of this road work, the original 1929 bridge over Fleming Creek was replaced by a cement structure that remained until road reconstruction in the 1980s. The mill was kept in operation until about 1960, by then serving only the needs of the family and the farm. Shortly thereafter, the farm was broken up and was acquired by the Matthaei family. Some 20 years later, Frederick Matthaei sold 27 acres, the cabin, and the two mill buildings to the Parks and Recreation Commission for $165,000, generously donating the $100,000 difference between the price and the market value.

Shortly thereafter, the Commission applied for and was awarded a $133,000 grant from the Michigan Natural Resources Trust Fund to be used for the restoration of the mill.

In 1984, Limberlost Construction began the process of restoring the mill to working condition (using electricity to power equipment). All original equipment was in place or elsewhere on the property, except for some equipment in the cider building. Amazingly, no vandalism had taken place over the years and the mill was found as it had been left 20 years previously.

Conspicuous by its absence, a dam was originally part of the mill site. In the 1960s, due to unusually heavy rains, the dam was washed away by torrents of water. However, during the recent roadwork the headrace was extended (to the new mill stream) should rebuilding of the dam become possible at some future date.

The Parker family continues to live in the vicinity and was of invaluable assistance during and since the restoration. The original Parker house (the fieldstone house to the west) is now owned by the new senior living development.